A massive hail storm hit Melbourne on the 6th of March 2010. The falling hail knocked so many leaves off trees that it seemed like Autumn was all in one day. The fall of autumn came early simply due to this storm. People across the city reported seeing hailstones bigger than tennis balls during the storm. The debris from the storm clogged gutters in many suburbs. Citizens of Melbourne have rarely seen such a large amount of hail in one storm. If your gutters are blocked because of the hailstorm then gutter cleaning is a big priority. 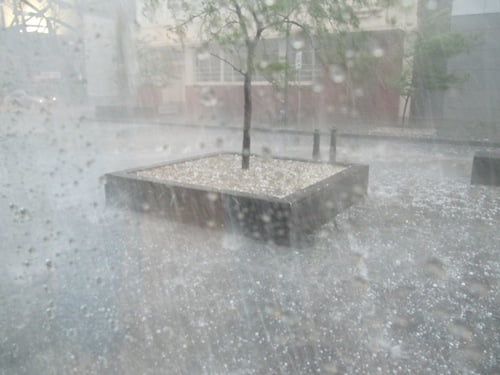 Heavy rainfall and thunderstorms in March in Melbourne seems to be a yearly occurrence. Check out our latest post about a Melbourne hail storm here.