A video demonstrating some very simple knots that we use for tying on to harnesses and anchor points while we perform gutter cleaning.

Today I want to show you two knots that we use to tie our ropes to our anchor points.

First I’ll show you the “overhand loop” knot, which is a very simple knot.

I take my rope and create a bight. Then I simply wrap the rope under, and make this loop here.

Now, I take the folded end of the rope, pass it back over, and through the loop.

The more I pull on this knot, the tighter it gets — so much, that if the rope was to take a heavy load, it could become almost impossible to undo this knot.

Now I’m able to attach my carabiner to the rope.

Figure Eight on a Bight

Now I’ll show you the “Figure Eight On A Bight.”

I again form a bight with my rope. Then I start off just like the “overhand loop” knot, with the loop, and I wrap the folded end over again to form this figure eight shape.

Now I take the folded end of the rope, and pass it back through the loop.

Here I have a Figure Eight On A Bight. As you can see, the figure eight is slightly larger and uses more rope.

The Figure Eight On A Bight is also a stronger knot, and again I can attach my carabiner.

With my carabiner and rope attached, I am now ready to prepare the anchor point.

Remember that working at heights should only be performed by those who are properly equipped and trained.

Thank you for watching, and stay tuned — we have more videos coming. 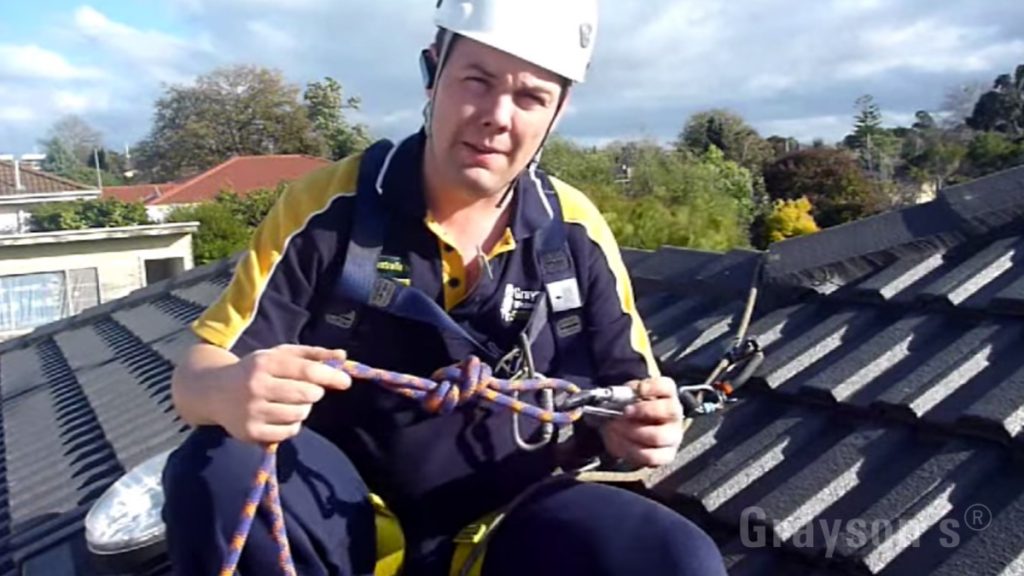