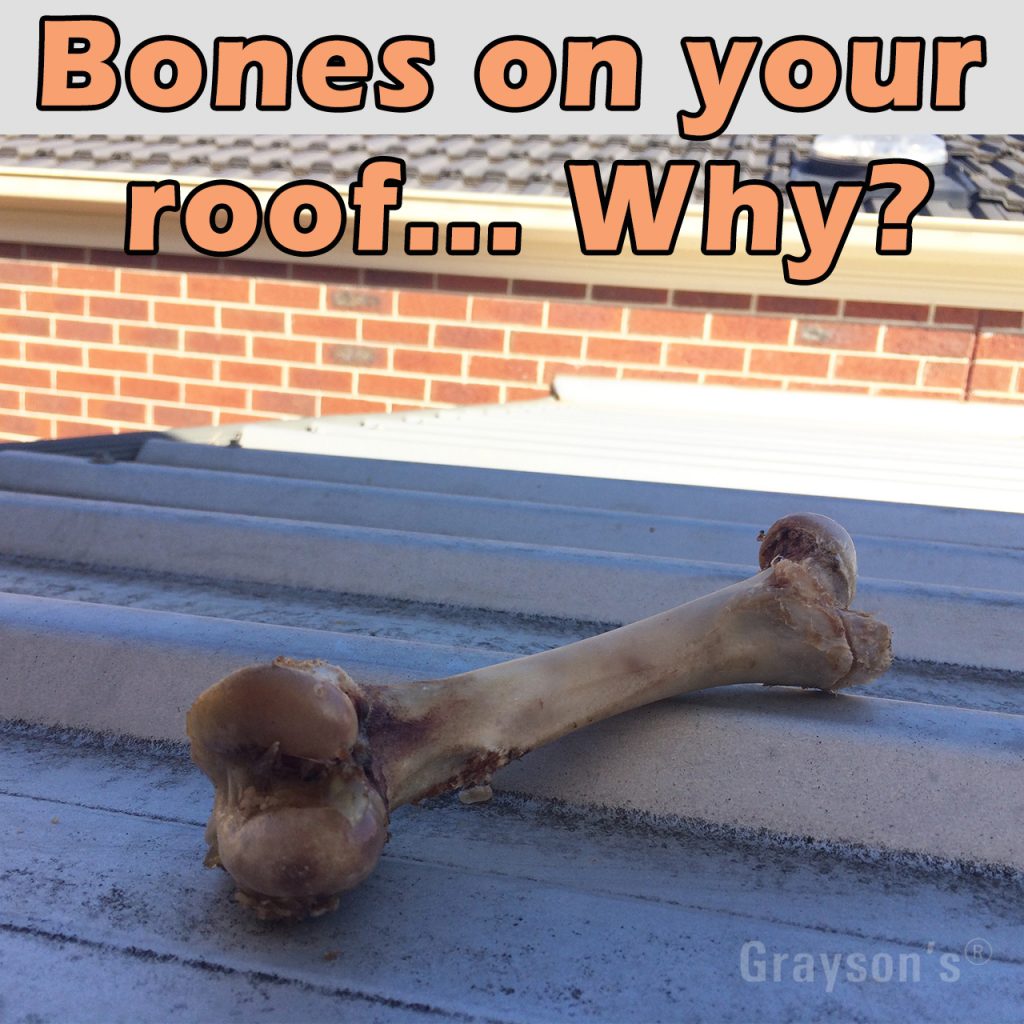 It is very common to find bones while cleaning roof gutters. We also regularly find bones in other parts of roofing. Many tradespeople and home owners are baffled as to how these bones have ended up in the roof gutters. Is it the next door neighbour’s kids throwing them up there after the latest BBQ? Those who are superstitious may even begin to speculate about supernatural forces and even conspiracy theories. Could it be a sign that the zombie apocalypse is coming soon? After all, those bones must have come from something that was dead.

We began gutter cleaning in 2001, in those early days we also curiously pondered, “why are there so many bones in roof gutters.”

A few years later we were cleaning gutters on a commercial roof in the seaside suburb of Port Melbourne, the customer had a major problem with seagulls roosting on the roof. We pulled out buckets and buckets of rubbish from this pest bird activity. Amongst the rubbish there was approximately 20 litres of small bird bones (we filled a 20 litre bucket with bones). Seagulls will pick up pieces of rotten meat and then perch on roofing as they peck away at their little treasure. They are not polite enough to neatly dispose of their waste elsewhere and will just drop it once they’ve finished.

After 15 years of gutter cleaning we have found some very strange things in roof gutters. We would like to put your mind at rest with the assurance that bones are in roof gutters due to bird activity; nothing more 🙂

If your property is further inland you obviously won’t have seagulls perched on your roof. The bird species Corvus coronoides (Australian Raven) is known as the largest bird species in Melbourne. It is often mistakenly called “a crow”. If you find very large bones on your roof, it is likely that this species has left it there. Ravens often feast on the carcasses of sheep and other unfortunate mammals. See the above photo of a raven and also a photo of one of the largest bones we’ve ever found while cleaning gutters on a roof in Melbourne.